Long issues apology for his actions 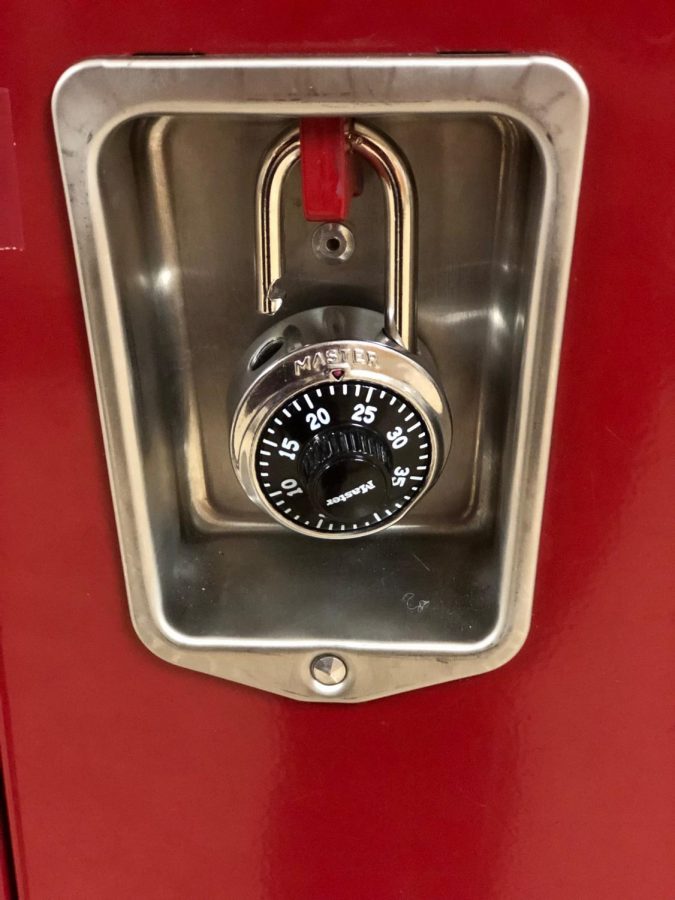 Some students keep their lockers unlocked even following the rule change.

On Monday, November 4th, following backlash from parents, Principal Jeff Long gave a public apology for his actions on Friday. On Friday, November 1st, lockers were dumped into the high school hallway if the owner was not complying in the use of their assigned locker lock. He said he wanted to calm the storm down and put the train back on the tracks.

“I threw a small tantrum and got frustrated. It was wrong of me to get in your lockers. My frustration was valid but the response was not…I ask for your forgiveness,” Long said.

On the first day of school, students were given locks, but at that point in time, the use of the lock was optional. Long said the locks became mandatory when his boss [Dr. Lesniewski] saw the locks weren’t being used and decided students needed to use them. Long agrees with Lesniewski’s decision, saying that being in the possession of a lock is not making the world safer unless the students actually lock their lockers.

“Why did I dump lockers without locks? So we would know which lockers they were when we walked around and wrote down names. That’s why I did it,” Long said. He had no comment as to whether these students would be getting in trouble.

Junior Ryley Casaday was one of the students who did not have a lock on her locker. She said could not remember her locker combination, and she said she did not have time in the morning to ask her homeroom teacher for her number, which caused her locker to get dumped into the hall. Casaday said she was worried because her wallet and keys were sitting in the hall for almost an entire period.

“I was worried they would be stolen without a lock on her locker. They were just as secure in the hall as they were in a locker that wasn’t locked. They could be stolen from both places,” Long said about Casaday’s personal belongings.

Casaday said she strongly disagreed with Long’s statement. She said she believes nobody is going to open a locker and look in it, but if someone saw it on the ground, it would be much easier to take and want a wallet.

Long told students that until issues with the lockers are straightened out, it will not happen again.