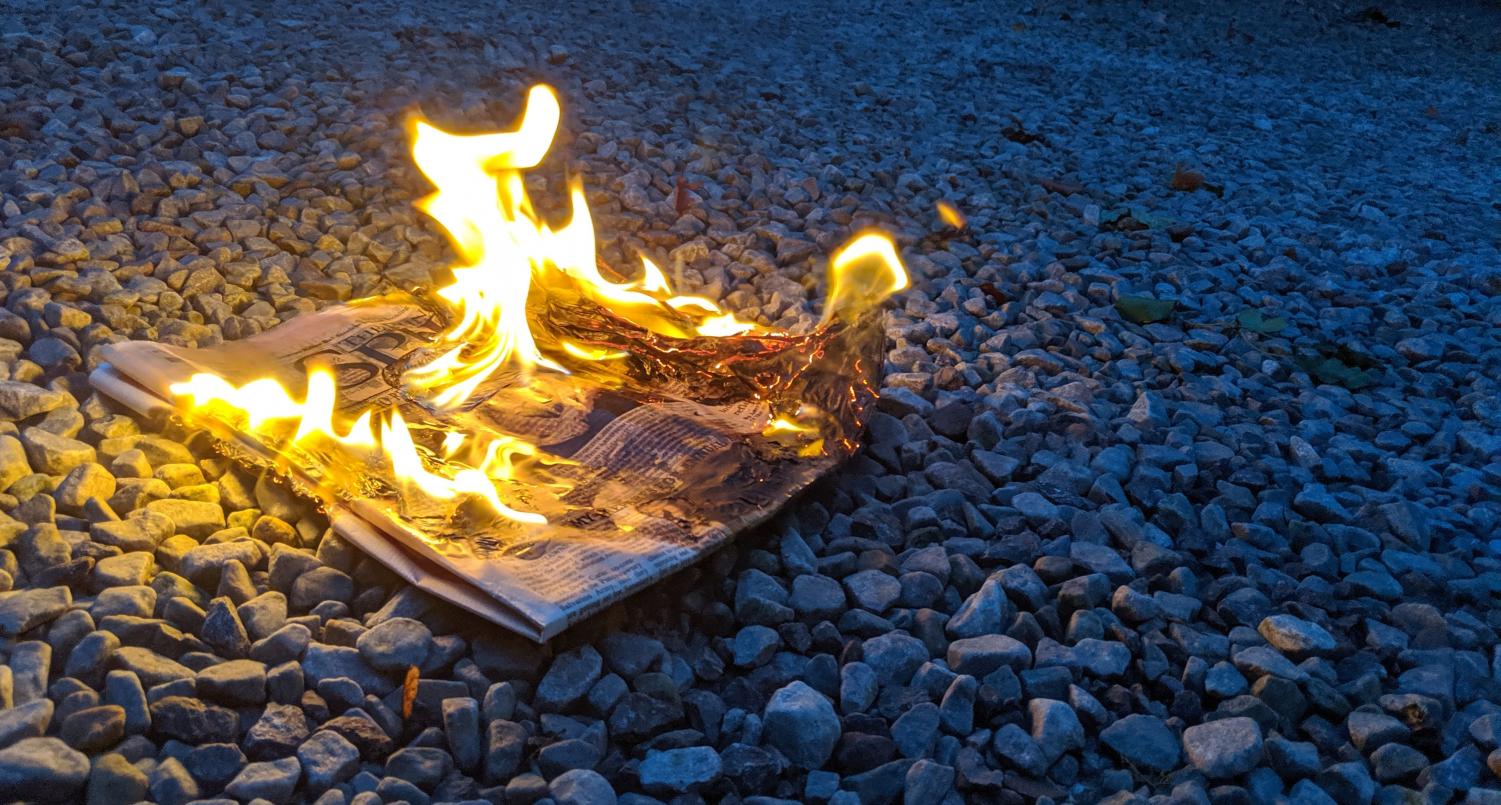 Newspapers are running out of time. (Emmet Jamieson)

Newspapers are running out of time.

How can we save print journalism?

As America loses its newspapers, we as Americans must evaluate whether television and news apps can sufficiently fill the void

How do you get your news?

If you’re the average adult in Punxsutawney, you’d probably say you read The Spirit. Otherwise, you might say you watch the news on TV or check a news app. But when you watch TV, do you have your phone out at the same time? And when you read the news on your phone, do you go past the headline?

Personal experience has shown me print journalism still dominates. That’s why it disturbs me to see that the largest newspaper in Western Pennsylvania, The Pittsburgh Post-Gazette, cut print circulation this month to just three days a week.

Cutting circulation isn’t the only issue facing print papers. “News deserts” – areas with no print newspaper at all – are cropping up across the country. 2,000 of America’s 3,143 counties have no daily newspaper, 1,499 have just one of any type and 200 have no newspaper at all.

America has lost 1,800 newspapers since 2004. Small towns like McKeesport, Pennsylvania, and Lime Springs, Iowa, have lost them, but so too have large cities like Tampa and Denver. People in both metro and rural areas without papers find themselves relying on national papers to get their news, which leaves them unaware of local events.

As a baseball fan, I’d put it this way: Local newspapers are akin to the starting pitcher who provides more than 200 innings a year. The rest of democracy’s information team – TV, radio, new media – feed off the papers. If newspapers go (we’re already on the injured list), we’ll all know much less.”

Newspapers stand on a sinking ship, but digital and broadcast journalism have already made it to shore.

According to the Pew Research Center, 38 percent of American adults get most of their news online and 57 percent get most from TV. Print newspapers trail behind at 27 percent.

The data show digital and broadcast journalism are overtaking print, but do apps, websites and TV inform readers as well as newspapers? Also, as news deserts commandeer larger and larger swaths of America’s landscape, I fear there might be a day when the whole country, or at least the majority, becomes one. If this happens, what will become of journalism as we know it? And journalists, too?

If apps and websites do inform people less effectively than newspapers do, we need to do something about it. A majority of Americans prefer to get their news from non-print sources, after all, and a less informed society makes poorer decisions at election time and is less likely to keep government in check. Democracy depends on a knowledgeable populace, so we must ensure that our news gives us the knowledge we need.

Also, print journalism’s downward spiral shows no signs of stopping, so we need to know what will happen if it continues. I worry that a news landscape dominated by only digital and broadcast journalism will ignore local events in favor of national ones, make itself vulnerable to fake news and hurt job prospects for aspiring journalists. I think it’s important to evaluate the current issues of non-print media so we can either remedy them or try to revive print journalism before it’s too late.

I plan to pursue a career in print journalism, so the fate of the industry is critical to me. I want to try to reverse the desertification of America not only because I want to keep our country informed, but because I want to do the informing. Even though print lacks in cost-effectiveness and convenience, I want to pursue print journalism because newspapers remain the most accurate and informative vehicle of spreading the news.

Democracy dies in darkness, and as shuttering newspapers cast more and more of America into shadow, our country slips into an ever-rising risk of extinction.