Lady Chucks volleyball team looking ahead to second half of season 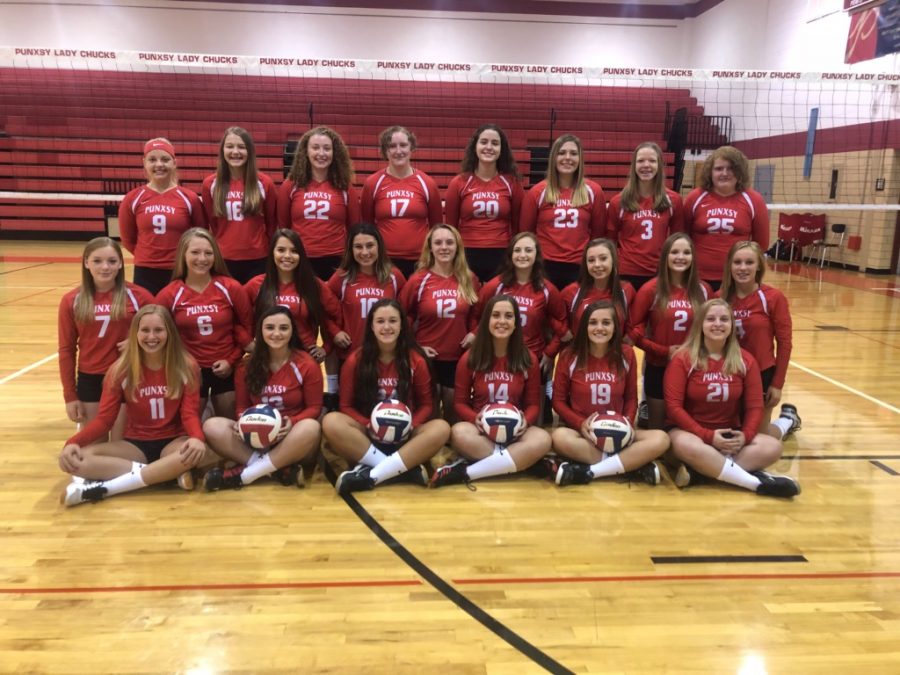 It’s nearing the halfway mark of the season for the Lady Chucks volleyball team. Their record currently stands at 4-3.

Volleyball captain, Grace Hall said she not only loves being on the team, but also being a leader on the team. She said the team is like a family and she’s proud of the way they’ve picked themselves back up.

“We hit a rut in the past week,” Hall said. “I’m really proud of the pick up.” She said she sees a positive future for the team.

“[There has been] a lot of learning, a lot of growth,” Good said. She said she’s seen increased aggressiveness, confidence, and intensity on the team.

Although districts is well over a month away, Hall said one of the team’s goals is taking the District 9 volleyball title. She said another goal is following the team motto of “all it takes is all you got” and playing as a team.

Good said she is looking forward to playing other teams in their classification, which is the set of other AAA teams competing for the District 9 title.

So far, she said their biggest competition has been Dubois, especially because they are in the same class as the Lady Chucks. They have yet to face other opponents in their class, however, Good said the team is ready to face their other competition.

The Lady Chucks will host their next game against Bradford, who is another team in their class, on Tuesday, October 1st.