Art and Key Club compete in Circle of Trees 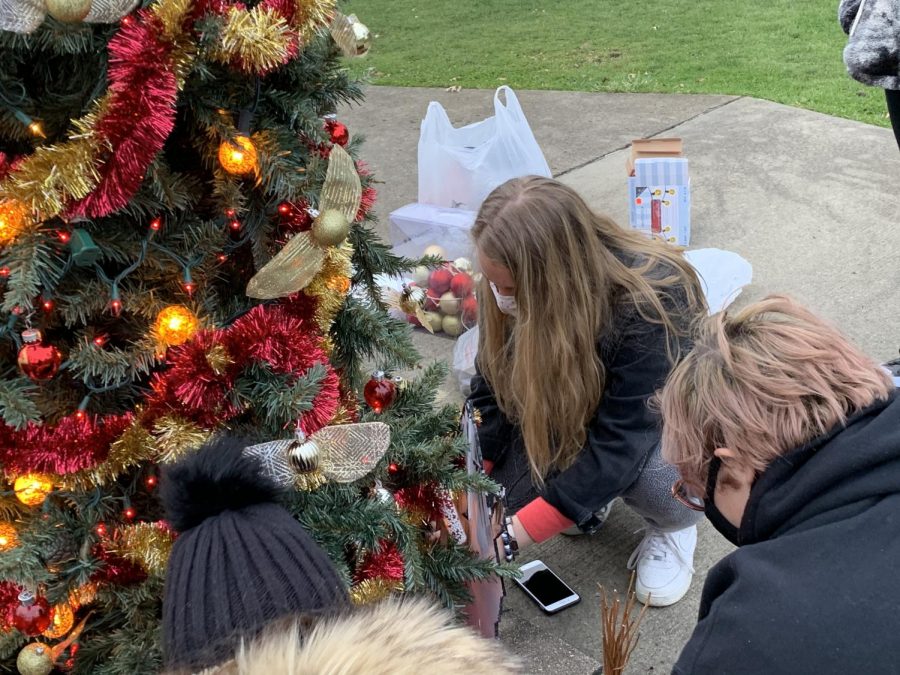 On Saturday, November 28th, the annual Circle of Trees competition was held in Barclay Square to celebrate the Christmas season. The theme this year was Christmas on Broadway.

Art and Key Club decorated trees in the park. The theme for Art Club’s tree was the play Harry Potter and the Cursed Child, and Key Club’s was the musical Annie.

“I think it’s really fun to put it [the Christmas tree] up together,” Destiny Yeager, Art Club Secretary, said, “and with the three of us [Yeager and her friends] I think it’s a fun experience to get to be down here and putting it up.”

The majority of the ornaments for both Christmas trees were homemade. “All the suns and dresses and the top,” Katie Osborn, Key Club President, said, “are [homemade].” According to Kaitlyn Bair, Key Club Secretary, the ornaments were made during one of the club’s meetings.

“Destiny did all of the bulbs this year,” Michael Frantz, Art Club representative, said, “with Kaitlyn Lowmaster.” Lowmaster is the Vice President of Art Club.

Preparations were extensive for Art and Key Club. According to Frantz, it took three weeks for Art Club to plan, get materials and set up their tree.

“We had to discuss ideas to make the ornaments,” Osborn said, “and then we had to finally make them.”

Although they were beaten by the Punxsutawney Christian School, Art Club placed second in the Youth division.

“It’s nice to be able to use our creativity,” Mrs. Young, Art Club Advisor, said, “to brighten the public, especially during such dark times.”